A quarter of a century PASS Stanztechnik AG - 25 years

PASS Stanztechnik AG from Creussen celebrates its 25th anniversary this year. Started in 1995 with 33 employees, the medium-sized family business, in the meanwhile managed by the second generation, now employs more than 160 people, 20 of them are trainees.

The history of PASS Stanztechnik AG from Creussen began when the company pass Anlagenbau GmbH – a small handicraft business – was up for sale. The predecessor company of PASS initially produced moulds, devices, special machines and, above all, tools for the parent company (Suspa Federungstechnik GmbH). Due to the rapid growth of both companies and the existing shortage of skilled workers, the founder and boss Fritz Bauer took over the Metallwerk Creussen and set up a modern training workshop with 40 training places. It was not long before the tool manufacturing department was also expanded. In the mid 1980ies punching and nibbling tools (at that time still for NC controlled punching machines) expanded the production portfolio of pass Anlagenbau GmbH which was then separated from the parent company in 1993 and became an independent company in July 1995: PASS Stanztechnik AG.

Only one year after the company was founded, further investments were made and within half a year a new production hall was built "Am Steinkreuz" (the current company headquarter) as the first company in the new industrial park. In the first year at the new location, sales have already increased by 10 %. The topics of environmental protection and sustainability were already at the forefront at that time. In 1998, PASS Stanztechnik AG was the first company in the district of Bayreuth to receive the EC Eco Audit Certificate. By this, companies undertake to check production processes carefully with regard to their environmentally friendly implementation, handling and later disposals as well as to purchase machines of the latest generation with significantly lower energy consumption.

The establishment on the international market did not take a long time. In 1998, 50 % of all orders already came from other European countries. First attempts to go to the USA were also made in the same year: First product samples left the PASS production towards America. The international sales network of the punching tool manufacturer has been successively expanded. PASS is now represented by about 40 local agencies with rising tendency. In total, PASS Stanztechnik AG counts approx. 5.000 customers from over 170 countries who are supported and supplied from Creussen.

In 2004, the company passed along in the next generation: Michael Bauer, grandson of the founder Fritz Bauer, took over the position of the CEO and successfully continued the tradition of PASS Stanztechnik AG. After his previous positions as production manager and deputy chairman of PASS, Florian Keller was entrusted with the office of COO in 2014. Since then, Mr. Keller has been responsible for the technology division. From the very beginning, the sales management at management level has been in the hands of Stefan Kraft who acts as Vice President Sales in the company.

Three extensions in the years 2004, 2007 and 2017, due to the rapid increase in sales as well as in the number of employees, will also secure the regional junior skilled workers by setting up a training workshop with Industry 4.0 standards. Since the beginning of training in 2018, industrial mechanic trainees are able to expect the own training workshop (200 m²) which is equipped with modern, high-quality machinery similiar to the production facilities. This ensures up to six training places per year. Previously, the company resorted to a training cooperation with a neighbouring company, in which the PASS trainees completed their pracitcal units.
The digital training concept of PASS with its own tablets including special learning software completes the training project. During the entire history of the company, PASS alone has trained more than 50 industrial mechanics, five technical product designers and two IT specialists for application development / system integration. Currently 13 apprentices as industrial mechanics and two technical product designers complete the team of PASS Stanztechnik AG.

With the valuable experience of its employees, some of whom have been with the company for many years, PASS Stanztechnik AG has been able to develop into one of the world's leading and largest manufacturers of punching tools for the TRUMPF, THICK TURRET and SALVAGNINI systems. Within 25 years, the Creussen-based company has increased its turnover fivefold and quadrupled the number of employees. Numerous patents in over 60 countries speak for themselves. The inhouse developments of PASS are groundbreaking in the punching industry.

Right from the start, the Upper Franconian company also took part in national and international trade fairs and established itself as a permanent fixture at the world's leading metalworking trade fairs such as EUROBLECH in Hanover or BLECHEXPO in Stuttgart. In the meantime, the Creussen punching tool experts are represented at over 20 trade fairs worldwide every year. The success of the leading CNC punching tool manufacturer has already been recognised with numerous awards for various innovations in the field of patented tools.

In the future, the Creussen-based company plans to further expand its international sales network. Tool innovations that have successfully marked the path of PASS Stanztechnik AG in the past are continuously developed and improved as well as new and further developments are pushed. 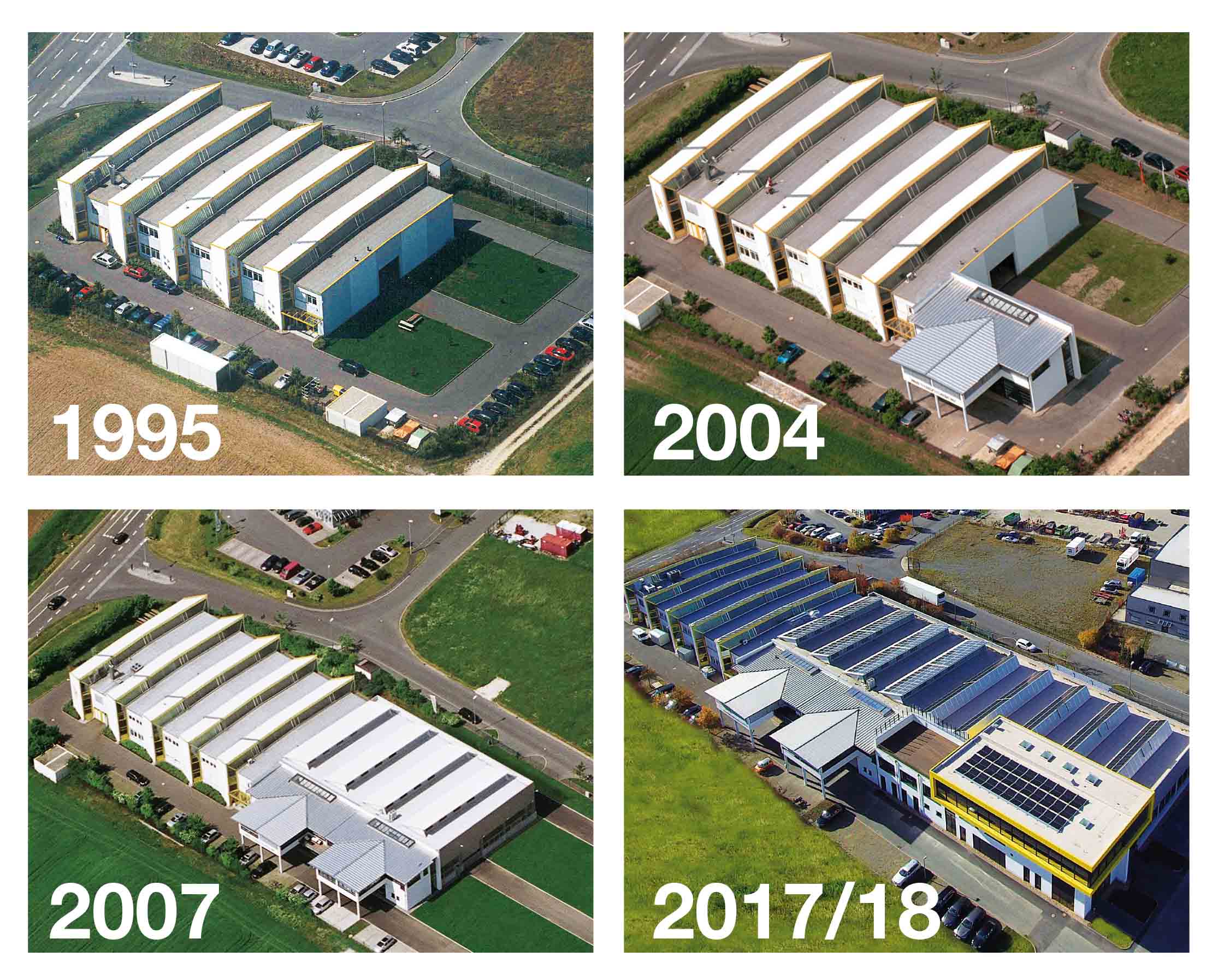